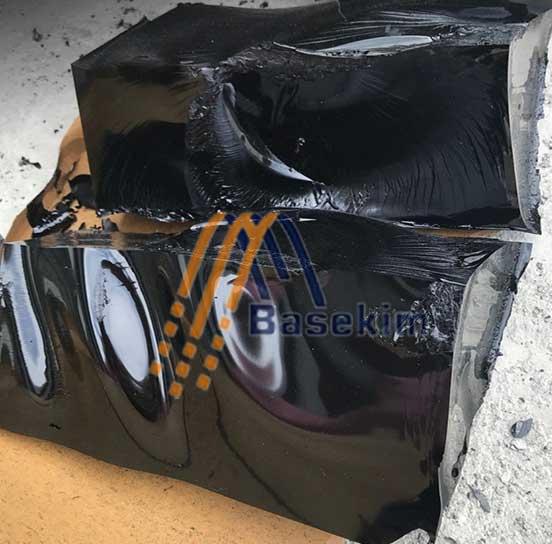 Oxidized bitumen are used almost entirely for industrial applications (roofing, flooring, mastics, pipe coatings, paints, etc.). They are specified and designated by reference to both the softening point and penetration tests: for example, oxidized bitumen 85/30 is an oxidised grade bitumen with a softening point of 85 + 58C and a penetration of 40 + 5 dmm. bitumens also have to comply with solubility, loss on heating and flash point criteria (BSI, 2009b). The softening points of oxidised grades of bitumen are considerably higher than those of the corresponding penetration grade bitumens, and therefore the temperature susceptibility.

During the last three decades, pmbs have become increasingly popular as a replacement for penetration grade bitumen 85/30 in the upper layers of asphalt pavements. Clients usually do so because of the superior properties of pmbs. Although they represent advanced technology binders, they are still designated both by the penetration range and a minimum softening point: for example, 45/80-55 is a PMB with a penetration of 45–80 dmm and a softening point of at least 558C. Apart from the test methods that apply to these traditional methods of nomenclature, the specification framework EN 14023:2010 (BSI, 2010a) includes in its Annex B several more sophisticated tests as key performance parameters that need to be validated: It has been shown that the softening point of pmbs has a different meaning as in the case of penetration grade bitumens, as it is strongly influenced by the type and amount of polymer added to the bitumen.

Oxidation and evaporative hardening of bitumen 85/30

Oxidation – reaction with oxygen from the air – is regarded as the main cause of ageing of bitumen 85/30. It is strongly accelerated by increasing temperature and increasing surface area. Also, the bitumen compositio/n influences the rate of oxidation. It has been shown that asphaltene-rich bitumens tend to age quicker than oxidized bitumen 85/30  with low asphaltene contents. Finally, the reaction time determines the extent of oxidative ageing. This is why the conditions during the preparation of the asphalt (i.e. At temperatures exceeding 1208C) need to be controlled, and the minimum mixing time and temperature should always be aimed at in order to minimise oxidation. Looking at the mixture, high void contents or even interconnected voids (as in an uncompacted mix or in a porous asphalt) favour the access of oxygen.