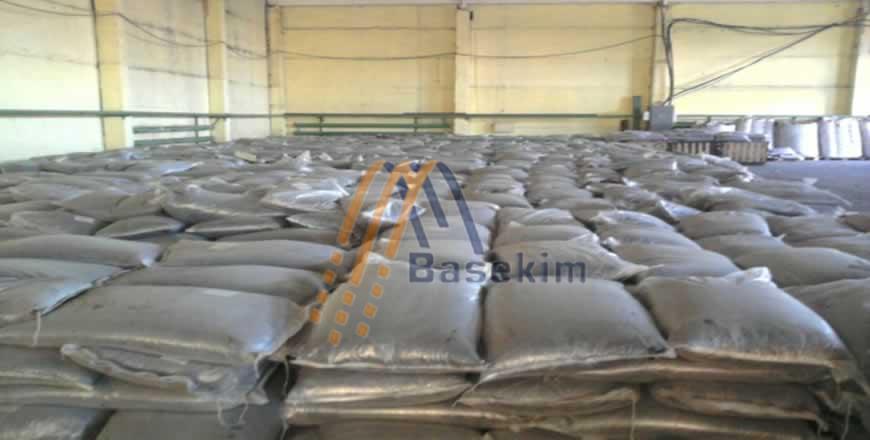 It is known to use bituminous compositions as pavings and coverings for a variety of surfaces, for example, roads and air fields. Such compositions comprise mixtures of aggregate and oxidized bitumen 90/10 in specific proportions, and are generally laid and compacted while hot to provide a dense and durable surface. For many applications, bitumen provides a sufficiently durable and adhesive binder for the aggregate. For high load applications, however, additives may be added to the bitumen in order to improve its mechanical properties.

Constituents can also be divided into groups based on their polarity. This is accomplished by using an ion exchange chromatography (IEC) technique. This technique separated bitumen into five components, namely strong acid, weak acid, strong base, weak base and the neutral fraction. The structural analysis of these components was carried out by means of elemental analysis and Fourier transform infrared spectroscopy, while the molecular weight of the fractions was determined by vapour pressure osmometry. The speciation and distribution of functional groups within the fractions and the rheology of the individual fractions obtained from a oxidized bitumen 90/10 sample were also investigated.

Bitumen is largely composed of hydrocarbon molecules, with some heterocyclic species and functional groups containing sulfur, nitrogen and oxygen atoms. Bitumen also contains trace amounts of metals such as nickel, vanadium, iron, calcium and magnesium, which occur in the form of metallic salts, oxides or in porphyrin structures. Porphyrins are complex organic compounds that occur naturally: for example, haemoglobin, found in blood, and chlorophyll, found in green plants, are examples of porphyrins associated with metal atoms. Porphyrins contain four nitrogen atoms, each of which can bond with a metal atom to result in a metalloporphyrin. Elemental analysis of bitumen manufactured from a variety of crude oils shows that most bitumen 90/10 contains carbon 82–88% hydrogen 8–11% oxygen 0–1.5% sulfur 0–6% nitrogen 0–1% It has been known since the 1930s that bitumens contain metalloporphyrins, from analytical work that identified iron and vanadium and, consequently, established the link between marine plant chlorophyll and petroleum genesis.

Bitumen is traditionally regarded as a colloidal system consisting of high molecular weight asphaltene micelles dispersed or dissolved in a lower molecular weight oily medium. The micelles are considered to be asphaltenes together with an absorbed sheath of aromatic resins that act as a stabilising solvating layer. Away from the centre of the micelle, there is a gradual transition to less polar aromatic resins, these layers extending outwards to the less aromatic oily dispersion medium. In the presence of sufficient quantities of resins and aromatics of adequate solvating power, the asphaltenes are fully peptise, and the resulting micelles have good mobility within the bitumen.