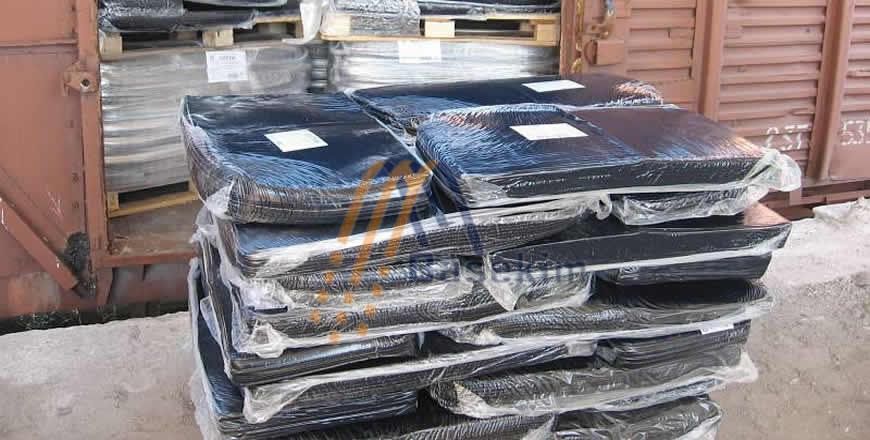 Asphalt is Semi Solid grade of pure petroleum. Oxidized bitumen 105/35 manufactured by air-blowing through an asphalt flux. Special physical properties of its grade can be used in different applications in the construction, roads and water proofing. Oxidized bitumen 105/35 is based on petroleum bitumen which is made by blowing bitumen 60/70 by very hot air. The numbers relate to the midpoint of the material’s softening point and penetration respectively.

The most majority of bitumen 105/35 used in asphalt for road construction is conventional bitumen; that is why it is often known as paving grade. The term ‘pen grade’ is short for penetration grade, and reflects the fact that this type of bitumen 105/35 product is often classified (in Europe and parts of Asia) using the penetration test. The term straight run refers to the fact that this type of bitumen is often produced direct from the vacuum distillation process, without any further modification. Current estimates put the world use of bitumen at approximately 102 million tonnes per year (Eurobitume and the Asphalt Institute, 2011), and about 85% of all the bitumen produced is used in asphalt for the construction of roads and other paved areas.

Often by the correct selection of the crude oil feed and operating conditions, oxidized bitumen 105/35 complying with a particular specification can be manufactured directly from the distillation process. If required, the physical properties of the short residue can be further modified by ‘air blowing’. This is an oxidation process that involves passing air through the short residue, either on a batch or a continuous basis, with the short residue raised to a temperature between 240 and 3208c. The main effect of blowing is that it converts some of the relatively low molecular weight ‘maltenes’ into relatively higher molecular weight ‘asphaltenes’. The result is a reduction in the penetration of the bitumen with a comparatively greater increase in the softening point, which has the effect of improving the lower temperature susceptibility of the air-blown bitumen.