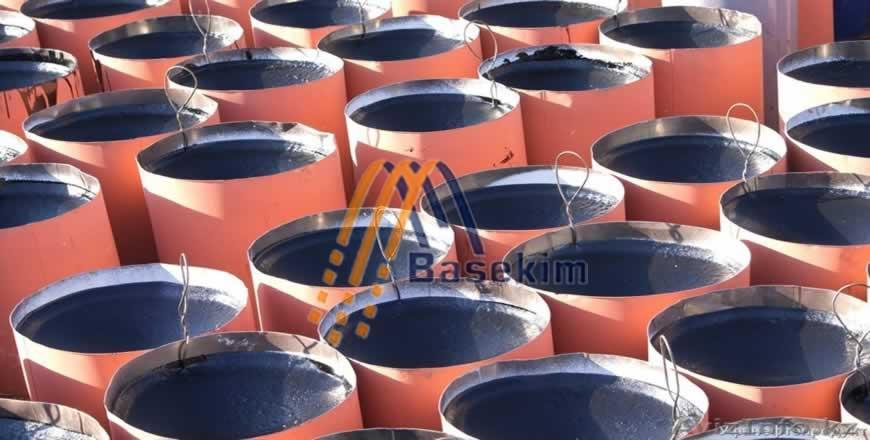 Bitumen is hydrocarbon product produced by removing the lighter fractions (such as liquid petroleum gas, petrol and diesel) from crude oil during the refining process. In North America, Oxidized bitumen 85/25 is commonly known as asphalt binder or asphalt. Also, Bitumen is produced from petroleum and primarily used for the production of asphalt. Its consistency depends largely at hot temperatures it is viscous and larger chemical compounds such as aliphatic, petroleum resins, and asphaltenes move freely in the mass. Since asphalt and bitumen are used for road construction as well as for waterproofing work, the longest possible product lifetime is desirable.

Tests of oxidized bitumen 85/25 on the mixture

The hardening due to the oxidation and evaporation of a thin film of bitumen 85/25 in contact with aggregate is assessed by two mixture tests: the hot mixture storage test and the change in the softening point of the bitumen during commercial asphalt manufacture. The hot mixture storage test simulates ageing conditions during mixing and hot storage. A prescribed mixture is manufactured in the laboratory, and a specifiedquantity of this mixture is stored for 16 h at 1608C in a sealed tin. Thus, the volume of air entrained in the sample is known and is constant from test to test. The bitumen is recovered from both the mixed and stored material, and the penetration and softening points are determined from samples of bitumen recovered from these two materials.

As a wide variety of bitumens is manufactured, it is necessary to have tests to characterise different grades. In several countries, the two tests often used to specify different grades of bitumen are the needle penetration test and the softening point test. Although they are both empirical tests, it is possible to estimate important engineering properties from the results, including high temperature viscosity and the stiffness modulus. The use of the penetration test for characterising the consistency of bitumen dates from the late nineteenth century.